Noise radars. Will they become a feature in Spain?

When I was six or seven, like a lot of children, my friends and I used to fold cardboard from cereal packets and attach them to the frame of our push bikes with a clothes peg. We would then peddle really hard and try and make our bike sound like a motorbike as the cardboard flicked across the spokes of the rear wheel.

It didn’t make us go any faster but it sounded great. It was fun and we were only six or seven years old. Like most people I grew out of it.

However, we have all been there haven’t we? Sat on the terrace of your local bar sipping a delicious cup of Spanish coffee when some idiot rides by on a scooter or quad bike with an exhaust system that wouldn’t sound out of place at a MotoGP event.

I see this need to fettle with your exhaust as an extension of my bicycle with its folded cereal packet. However, it is no longer being done by children and furthermore the result annoys people.

All bikes in Spain must adhere to a European wide sound limit, the level of which depends on the displacement of the machine. Once sold some owners then decide to customize their scooter, quad, motorbike by removing the muffler or fixing an exhaust system that sounds like it should be on a race bike or even a space rocket. Although it is mainly scooters and motorcyclists that seem to be the main culprits there are some car drivers that feel a need to change the sound that their vehicle generates.

I am a motorcycle rider and I love to attend motorcycle races but I have never understood the need to make my road bike sound like a bike that races on a circuit. It is also often the case, these customised exhaust systems are added to low performance bikes with no significant performance benefit.

So why do people do it? I do not have the answer but a solution to this problem could be coming our way.

Well, for those of us that want a quiet cup of coffee in our local bar there may be a solution on the horizon. Noise radar.

Switzerland and France already have noise radars implemented. These devices are able to pick up noise from the street and using triangulation can identify if it is coming from a particular source. The vehicle can then be identified and if necessary a fine issued to the owner of the vehicle.

Clearly the current legislation is not policed as I have lived in Spain for over fifteen years and have never heard of anyone being stopped for a noisy bike although it may have happened on rare occasions.

With the possible introduction of noise radar in Spain perhaps people will think twice before roaring down the road. There is no need for extra police officers, just a machine in the street that will issue tickets to noisy offenders. 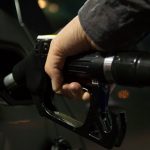 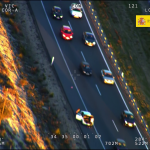 9000 drivers caught driving unsafe vehicles in a weeknews
We use cookies to ensure that we give you the best experience on our website. If you continue to use this site we will assume that you are happy with it.OkRead more