In the spring of 2019, the speed limits in Spain will change.  The Law is being passed that will see a simplification of the current speed limits. The change will mean that cars, motorcycles and buses will be limited to 90 kph on conventional roads, whilst all other vehicles must travel at a speed of no more than 80 kph. An exception will be where the conventional road has a physical separation between to two opposing flows of traffic. In this case, the maximum speed limit will be 100 kph for cars and motorcycles.

You can exceed the 90 kph limit in a car or motorcycle if you are overtaking a vehicle on a conventional road. In fact, you can increase your speed to 110 kph to overtake but then must fall back to the speed limit. The idea is to allow swift and safe overtaking, however, you can only exceed the normal speed limit if the vehicle you overtake is not driving already at 90 kph. If the vehicle in front is doing 80 kph for you can temporarily exceed the speed limit. If the  in front is already doing 90 kph then you have no right to increase your velocity to overtake.

On a motorway, there will be three speed limits. Cars will continue to be allowed to travel at 120 kph. Trucks and vans will be restricted to a maximum of 90 kph. The remainder of vehicles will have a maximum limit of 100 kph and this includes buses.

Accidents on conventional roads is twice as high as those on motorways so it seems logicalthat this is an area the DGT look at.

Sweden recently reduced the speed limit in their country from 90 kph to 80 kph which saw a huge 41% reduction in road deaths.

It is also worth noting that the speed indicated on the sign is the maximum allowed and is not necessarily a target. 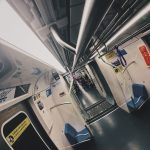 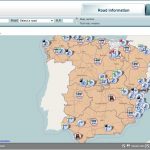 A free tool to help you avoid problems on the road in Spainnews
We use cookies to ensure that we give you the best experience on our website. If you continue to use this site we will assume that you are happy with it.OkRead more