The United Kingdom will cease to be a member of the European Union if BREXIT takes place. At that moment, all agreements related to driving licences will no longer be valid for UK nationals.

The DGT (Dirreción General de Trafico) advises that you get your driving licence changed over before the 31 January 2020. Although your UK driving licence will remain valid for a further period of nine months in Spain, the conditions to transfer to a Spanish one after BREXIT are unknown.

The process is fairly straightforward and there are many people that will help you with the paperwork. Shop around though to make sure you are not over charged. The process takes around a month. You have to hand in your old UK licence and the DGT give you a temporary document, which you can show to the Spanish police if you are stopped, until your new Spanish licence arrives.

The DGT post your new licence to your postal address in Spain, meaning there is no need to return to the Regional Traffic Office to collect it.

If your UK driving licence has not expired, as mentioned above, you can continue to use it for up to nine months after BREXIT but the conditions to exchange it for a Spanish licence could change.

Need help? You can contact us and depending on your location we might have a professional contact in your area that can help with the process. 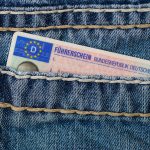 Foreign driving licence in SpainSpanish driving licence
We use cookies to ensure that we give you the best experience on our website. If you continue to use this site we will assume that you are happy with it.OkRead more