How dangerous are Spanish roads ?

What are the first thoughts that go through your head when you think about driving in Spain?

For some, there is a perception that it is a dangerous place to drive a vehicle. 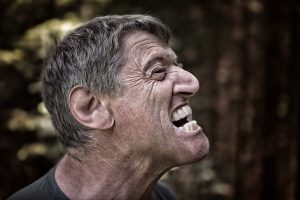 I have lived in Spain for many years and I admit I still get frustrated by double parking, especially when there is a space available a few metres ahead. Also if you find that the person is sat in a café having dinner and has blocked you in your parking space. This also infuriates a lot of Spanish people but I’ve become more relaxed about these things. Someone stopping on a zebra crossing and chatting to their neighbours with the back half of the car protruding into the main road would have made me throw my hands up in despair about the potential danger to people trying to cross and the inconvenience I now have in trying to negotiate the rump of someone else’s car to continue my journey. Now it just provokes a sharp lift of the head and a slightly frustrated tutt. Then there is stopping to let someone out of the car without any indication and no intention to move to the side of the road to make it easier for other traffic to pass. This also receives a similarly much more composed response from me these days. But don’t be mistaken into thinking that only the natives drivers do this in Spain.

Whilst we all see things that seem to be dangerous and unnecessarily so, the statistics for Spanish roads are not all that bad. Perhaps it is because the things I’ve described happen in busy towns where traffic is unable to travel very fast and you come to expect the unexpected. But what about out of town?

Only this week a client was explaining to me how a flat-bed lorry sped round a country lane too fast and deposited its cargo on top of his car. Its cargo was a large cement mixing machine. It hadn’t been secured in the back of the lorry and the client was lucky to escape injury or even much worse. His car was not going anywhere after that accident though.

So what do we know about Spanish roads? All countries have black spots and most people can recall lanes or streets from years ago, from their own countries, notorious for close shaves or a series of terrible traffic accidents. Perhaps people had been calling for a road sign to warn drivers but nothing was ever done until a week after some poor soul had been killed.

What do the figures say about Spanish roads?

The latest figures I could find were from the Ministerio del Interior department Dirección General de Trafico and related to the year-end 2016. After the initial introduction by Gregorio Serrano López the Director General for Traffic the document states, with no time wasted “… a total of 1,810 people were killed at the time of the accident or within 30 days after its occurrence…” This is how road deaths are measured throughout Europe. If someone dies within thirty days of the road accident they become a road death statistic as their death would probably be as a result of the initial incident. It is a uniform measure used throughout Europe.

2016 was not a good year. The number of road deaths increased by 7% and the number of people that were hospitalized grew by 3%. The summer months of July and August are the most dangerous on Spanish roads, which is pretty logical bearing in mind the huge number of people going or coming back from holiday, national and international tourists alike.

The number of vehicles on Spanish roads had surged by more than one million in the last decade. Possibly as a result of having suffered years of recession and austerity the average age of a car on Spanish roads has now reached 11 years whilst motorcycles are nine years. Back in 2007 when the financial crisis first bit in Spain the averages were 6.5 years for both cars and motorcycles.

So how does Spain compare? 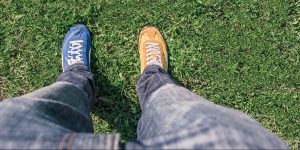 In 2010 the Spanish mortality rate from traffic accidents was 53 deaths per million inhabitants whilst by 2016 the figure was down to 39 per million. The European average in 2016 was 51.

In fact, Spain has the fifth lowest fatality rate in Europe. It’s mortality rate is as good as that of Germany and better than France, Italy and Belgium. It only lags behind Sweden, the UK, The Netherlands and Denmark in terms of road safety.

The safest roads are Spain’s motorways. Clearly, with everyone going in the same direction on a wide piece of tarmac this is not really that much of a surprise. Nor is the fact that traditional two-way roads between towns are the most dangerous. It is also not a shock that speed, alcohol and drugs are predominant factors in road fatalities.

Spain’s roads are nowhere near the worst and despite double parking, stopping in the outside lane on roundabouts to nip in the shop and buy cigarettes, and blocking zebra crossings outside schools to drop off your children, it seems these actions are irritating, dangerous even, but likely to only involve an inconvenience in most cases, a possible injury in other cases, a fatality rarely but probably a loud tutt from me.

That doesn’t mean I recommend you start doing those things but perhaps continued vigilance and a laid-back response, if any, is all that’s needed, but pay particular attention on inter-urban roads, please.

The full DGT report can be found here. 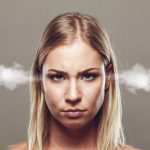 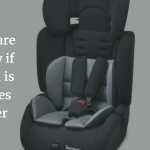 Can children sit in the front seat in Spain?news
We use cookies to ensure that we give you the best experience on our website. If you continue to use this site we will assume that you are happy with it.OkRead more