The General Directorate of Traffic reminded drivers of the need to respect the established speed limits, in a period such as the state of alarm in which we are still in and in which vehicle mobility continues to be restricted.

A report confirms an increase in the speed of movement of light vehicles as they pass through speed control points. Specifically, during the state of alarm, the percentage of drivers who were traveling with excessive speed has increased by 39%.

Speed ​​is one of the main risk factors both in the occurrence of accidents and in the consequences thereof. It is essential that drivers respect the established limits. A safe speed protects not only the driver and the passengers who accompany him, but also the other people on the road.

This call for attention was made in the days before the Monday May 11th. Many territories pass into phase 1 in the Plan for the transition to a new normality and that will involve the incorporation of workers into their jobs. A lot of them will opt for the private vehicle for their commute to work at a time when there are  low levels of road intensities.

ACCIDENTS IN THE CORONAVIRUS PERIOD

The state of alarm has also produced an impact on the distribution of fatal accidents between different types of roads. Highways and expressways have registered 19 of the 49 people who died, 39% of the total, when this percentage is usually around 25%.

The most frequent accident during the state of alarm has been the departure from the road, which represents 31 of the 49 deaths, 65% of the total, compared to 35% in the same period of 2019. Distractions and speeding are the most common reason. Two risk factors which the low intensities of traffic that many roads present today may encourage.

Worry data shows that the use of seat belts in occupants of cars and vans has reduced during this period. Ten of the twenty-four people who died did not use a seat belt at the time of the accident.

Therefore, in order for the mobility during the Plan for the transition to a “New Normality” to be developed in a safe way, the General Directorate of Traffic reminded people of the importance of respecting speed limits, avoiding the use of mobile phones while driving and the use of safety accessories. These tips are equally important for driving within cities, whose streets are beginning to circulate an increasing number of pedestrians and cyclists.

Although it is true that you can leave homes to walk and do sports at established times, you cannot take the car to travel to second homes. Neither can you travel to beauty spots to walk or play sports.

As a result, the authorities continue to to have road checkpoints throughout Spain. The Guardia Civil continue to verify that the journey is legitimate under the Royal Decree of the state of alarm.

Whilst it might not be your intention to speed or commit any type of traffic infraction, it can happen. You can contract a service to ensure you receive automatic notification of fines by SMS text message or email. This will ensure you can take advantage of the discount of paying the fine early or to dispute it in case of an error. 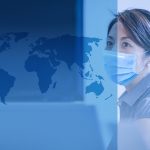 Reale Seguros to provide 2.7 million to help mitigate the impact of Coronavirus in the most vulnerable groupsnews 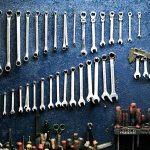 New ITV dates following state of alarmnews
We use cookies to ensure that we give you the best experience on our website. If you continue to use this site we will assume that you are happy with it.OkRead more