He hit me from a side road on my right. How is that my fault?

There are several common misunderstandings related to car insurance claims in Spain and this is one of them.

“I was driving along near where I live, when someone pulled out from a road to the right and hit my car.  I checked the other driver was OK. Then we looked at the damage to each other’s vehicles. Finally, as we began to complete the accident report form details and talk about what had happened and I was astonished when he said to me that the accident was my fault!”

“So we rang the local police who came to attend the incident and I said that I was travelling along the road and he pulled out from a side road to my right.”

“The policeman had a look at the exit of the side road and then advised me that the other driver was in fact correct. I couldn’t believe it and thought the policeman must have had it in for me!”

How can it by my fault when he came out of the road to my right as I was driving straight ahead?

According to Article 57 Unmarked intersections, you must give way to vehicles that are approaching from your right. The exceptions to this are:

Violations of these rules are a serious traffic offence. You may receive a fine.

Be careful if hit by a car coming from a side road on your right. The default position of your insurance company in Spain and that of the company of the other driver will be it is your fault. The insurance companies have certain agreements between them (convenios) that are in place to speed up claims so that victims are dealt with swiftly.

All the same, the default position may not always be correct. Look for road markings and signage. Take photos of the cars positions (if safe to do so) and the road you are on and the one the other car came out of. If there is a sign saying that the other driver should give way or stop then take a photo of it. The people who deal with your and the other driver’s claim are in an office possible 1,000s of kilometres away they won’t know the street or perhaps even the town.

Without this proof your insurance company will almost certainly have to accept responsibility. 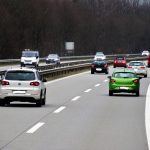 Can you overtake on the right in Spain?Driving in Spain 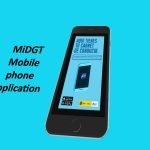 MiDGT mobile applicationDriving in Spain
We use cookies to ensure that we give you the best experience on our website. If you continue to use this site we will assume that you are happy with it.OkRead more